After reading article after article, hearing complaint after complaint. I'm tired of hearing people complain about Tyler Perry. In the seat of public opinion, everyone is allowed to have their opinion.

#1 Complaint: Because of using Madea. He's described as a "Clown" "Buffoon" "Drag". "Tyler Perry has gotten rich off of exploiting Black Women." - is the most popular.

Yes, he has built his career with Madea, a pistol packing, abrasive no-nonsense woman with stereotypical toxic behaviors but still relatable grandmother figure. A long ignored truth is that black women aren't feeling protected in our communities. It is no secret that black women are silenced, with our health, our children, our men, out in the workforce. We get called bitches for having power in our voices, people tremble and call us toxic when we stand up for ourselves. We want to be there for our men but the truth is, a lot of black men don't know how to love us. And that's because generation after the generation has conditioned black men into thinking that 'taking the path of least resistance" includes excluding Black women altogether, because we're hard to love. Until recently, the beauty in us was no where to be found because of certain hues in our skin and textures of our hair. All of these things have been instilled us as young girls and shaped us into the women we are. Black women have cried in the dark with stories to tell but ignored because we were taught that women stay in horrible relationships for the long term "as long as he comes home to us", "the kids need their father", "there's a man shortage" and other toxic fallacies.

If you've followed Mr. Perry from early in his career, he appealed to Black Women because that's who he spoke to. And although he was a man, dressed in a wig, Madea was a protector of sorts, a sage, a confidant. We felt the soul singing, women crying at rock bottom, because they were real stories. The black women in his audiences were the 'faithful and true' and clearly knew the message. We were heard. He coated the harsh truths with laughs because it needed to palatable and after those 2 1/2 hours, you felt better about what has happened and that something that gave you a pinch of hope.

#2 Complaint: "His work doesn't help the community." "It's stereotypical and hurts us."
Through his own humble beginnings on the 'chitlin' play circuit' he helped exposed the 'secret ills' of the black community. Incest, domestic violence, the prison system, abuse. Those plays showed how the love of self and/or the love of a man or the love a woman can make the world of difference. There's hope in your faith, to whomever your deity is. Even Madea showed women how to speak up for themselves. I know that at some of my lows, I could pop in a play and with a laughs and tears, I felt lifted up. I know several people that did.

Even his beginning TV shows lasted several seasons and years. Some won't give credit but his shows showed how the crack generation hurt black families, applauded single fathers, highlighted broken families that showed pain, showed that foster children deserve love and attention. He showed positive black families with flawed personalities but full of love. Although people may not like it, his movies and shows that people complain about also has massive following. People watch and keep him on the air.

#3 Complaint: "He needs new writers." He keeps writing the same thing over and over."
Perhaps. Maybe. Ok, as a writer myself, it's perhaps the only one that I may partially agree with. But I will tell you, as an entrepreneur with skin in the game for several years, I've learned that you cannot take everyone with you and you can't bring people into your space when you create. Creators create. In my book company, I personally do not publish other people. My company, my prerogative. I understand that he has a trillion stories to tell so he tells them. He hires many people to carry out his vision and has a HUGE following that still watches his shows. Love his content or hate it, you still watch him and/or talk about him. His company, his prerogative. Perhaps he'll hire a content advisor if he chooses to, but he's going to keep creating his stuff. You don't like it? Don't watch or give it attention. It's if the formula doesn't work anymore, is the only way that someone like Mr. Perry would change the formula for. Let's be real, if the formula works and keeps viewers, it's a proven formula that works. If it works, why should he change it?

#4 Complaint: "He's hogging all of the opportunities for other people."
Au Contraire!  He hires the old and forgotten, new never heard of and even current actors. He's faithful to the people that he's worked with from the beginning, they stay employed. Same with producers and directors. I'm a black woman in the film industry so this is hopeful. When he opened his studios and I saw films being made that Hollywood wouldn't bat an eye at, get made. Great Movies. Box Office hit movies. Movies that made A LOT of money. His studio creates opportunities for many people of all races. His doors are open.

Eventually, I want my BirdBam Studios to make our own films. Through his example, he gave filmmakers a footprint. 1. Make your own stuff, you can do it. 2. Don't take no for an answer, you can do it. And 3. If you can't get an opportunity, make them for yourself. You can do it. Sometimes it's an unpopular route. Sometimes it's a man in a bad wig. I love Madea for everything that she symbolized for me, as do so many other people. I got the messages that I needed.

Tyler Perry is a smart and resourceful. Anyone who complains either needs to tune into something else, let him fade into their version of obscurity. Or they need to make their own films, create their own following and tell their own stories. It's easy to aim when there's a big target to hit. But the same people that complain about Tyler Perry don't really see the vision. And that's OK. If he never writes another thing, the legacy that he's built in the film industry is better than any example that I've ever seen so far. 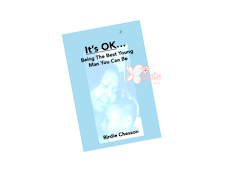